Posted on 05/12/2022
From cultural giants like George Lucas and Bob Dylan, to New York’s Broadway or America's mountain peaks, to milestones in Latino and African American heritage – not to mention spellbinding art from the country's past... and future! - across the U.S., museums are having a renaissance, with new openings that reflect some of the most fascinating themes of modern America.
Don't forget to add one of these newly-opened museums to your agenda if you’re traveling to any of these U.S. cities soon:

The Lucas Museum of Narrative Art
Philanthropist and filmmaker George Lucas and his wife, Mellody Hobson, co-CEO and president of Ariel Investments founded the $1-billion Lucas Museum of Narrative Art. It is set to premier in 2023 in Los Angeles’ Exposition Park.
The museum will bring together mass-produced images, showcasing the richness and complexity of visual storytelling. The galleries will feature works from Lucas’ personal collection of more than 100,000 pieces of fine and popular art as well as “Star Wars” ephemera, not to mention state-of-the-art cinematic theatres, numerous dedicated spaces for learning and engagement, green spaces and restaurants.
www.lucasmuseum.org 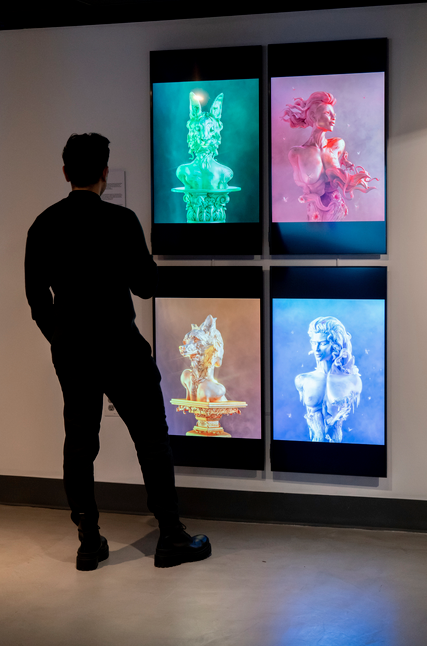 NFT Museum
NFT stands for Non-Fungible Token, and it’s a hot trend for the technically savvy. NFT’s have been compared to digital, collectible baseball cards, whose ownership can be tracked through packets of data called blockchain. The world’s first NFT museum in Seattle (above, and top) has been billed as the first art museum and gallery to exhibit blockchain art. It’s a revolutionary new era in art history.
The 3,000-square-foot space houses more than 30 custom-designed screens where visitors can see artwork by local and international artists. Highlights include pieces by the Los Angeles-based crypto artist Blake Kathryn, Larva Labs' hugely popular CryptoPunks avatars and Seattle-based photographer Charles Peterson, showcasing never-before-seen photos of Nirvana and Kurt Cobain as NFTs. www.seattlenftmuseum.com

Black Holocaust Museum
The Black Holocaust Museum, founded in 1988 by Dr. James Cameron, has reopened to the public following a 14-year closure. The opening once again cements Milwaukee’s Bronzeville district as a center of African American culture.
From 1910 to the 1950s, Bronzeville buzzed with Black-owned businesses, but that character was destroyed by “urban renewal” projects that affected Black neighbourhoods across America. Today, Milwaukee’s Bronzeville is supported by $400 million of redevelopment funds which are helping to reinvigorate its history and heritage. The 10,000-square-foot space takes visitors on a journey through more than 4,500 years of African and African American history.
www.abhmuseum.org

The Molina Family Latino Gallery
The Molina Family Latino Gallery is the Smithsonian’s first gallery on the National Mall to celebrate the Latino experience in the United States.
The 4,500-square-foot gallery will open with ¡Presente! A Latino History of the United States, an exhibition that shines the spotlight on the historical and cultural legacy of U.S. Latinos, offering visitors the chance to engage with first-person digital storytellers, data-driven maps, videos and illustrated biographies.
www.latino.si.edu/gallery

The Yosemite Climbing Museum & Gallery
Visitors to Yosemite Mariposa County can reach a new peak of local rock-climbing lore and legacy at the Yosemite Climbing Association Museum & Gallery.
The center features more than 10,000 pieces, a priceless collection of historical climbing artefacts (including pitons used on early of El Capitan) and dozens of archival photographs that tell the rock-climbing community’s story through the ages.
www.yosemiteclimbing.org

Africatown Heritage House
The Africatown Heritage House multisensory project is the only exhibit in the world to show artefacts from the Clotilda – the last known slave ship to bring captives from Africa to the United States. The ship arrived at Mobile Bay in 1860, after slavery had already been outlawed, carrying 110 kidnapped African men, women, and children.
They survived enslavement and established an independent community called Africatown, which has become a treasured part of African American history and legacy.
The ship was discovered sunk in Mobile Bay in 2019, and the new exhibit brings to life the story of the 110 captive African men, women and children who were on board.
www.alabama.travel

Bob Dylan Center
If you have a fascination with an artist widely thought of as America’s pre-eminent pop culture poet, take a trip to Tulsa. The new Bob Dylan Center is a treasure trove of the artist’s works and memorabilia, from handwritten manuscripts to unreleased concert recordings, and recognition of his place in the American musical lexicon.
The Center boasts an exclusive, 100,000+ piece collection, spanning the entire length of the iconic singer and songwriter’s career. It’s the centerpiece of the three-story museum in Tulsa’s vibrant Arts District, just steps from the city’s renowned Woody Guthrie Center for the folk artist who was one of Dylan’s biggest influences.
Visitors to the Bob Dylan Center can also attend public programs, performances and lectures.
www.bobdylancenter.com

Museum of Broadway
Amidst the bright lights of Times Square, the Museum of Broadway is the first-ever permanent museum dedicated to Broadway and honoring the legacy of “The Great White Way.'
The multi-story Museum of Broadway blends immersive installations and traditional displays, telling the history of the legendary theater district from its 1735 beginnings to present-day shows like Hamilton. This meshing of art and technology is divided into three sections: a map room of Broadway using immersive video projections; a visual Broadway timeline that lets viewers delve into the stories behind such ground-breaking musicals like Hair and Rent, learning how women led the way in much of Broadway’s early storytelling; and a behind-the-scenes look at the making of a Broadway show, from set design to lighting.
www.themuseumofbroadway.com 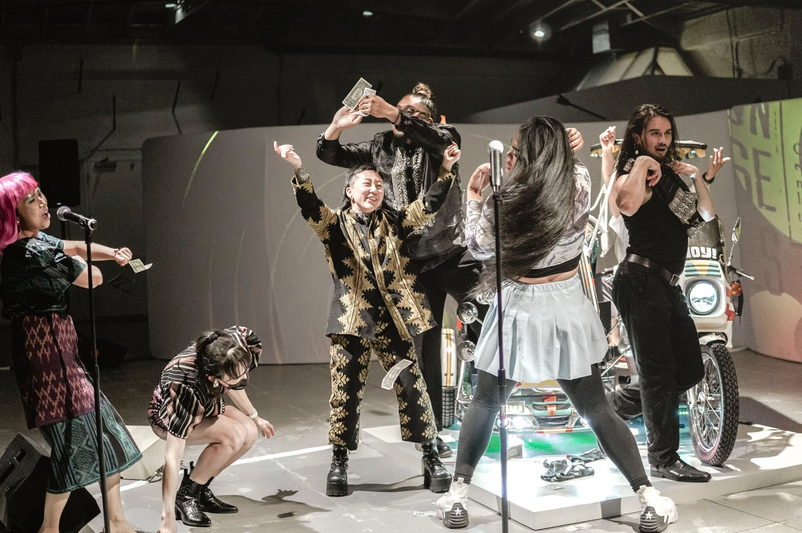 Institute of Contemporary Art San Francisco
San Francisco’s the Institute of Contemporary Art (ICA) is a non-collecting contemporary art museum, focusing on the artists themselves. It’s a 50/50 split between emerging Bay Area artists on-the-verge of national or international attention, and more established local and international artists.
Its 11,000-square-foot warehouse space will dazzle visitors hosting large-scale installations or pieces with atypical proportions. Its shift away from acquisitions aims to create a space that is responsive to the moment, creating programmes with increased relevance and meaning.
www.icasanfrancisco.org